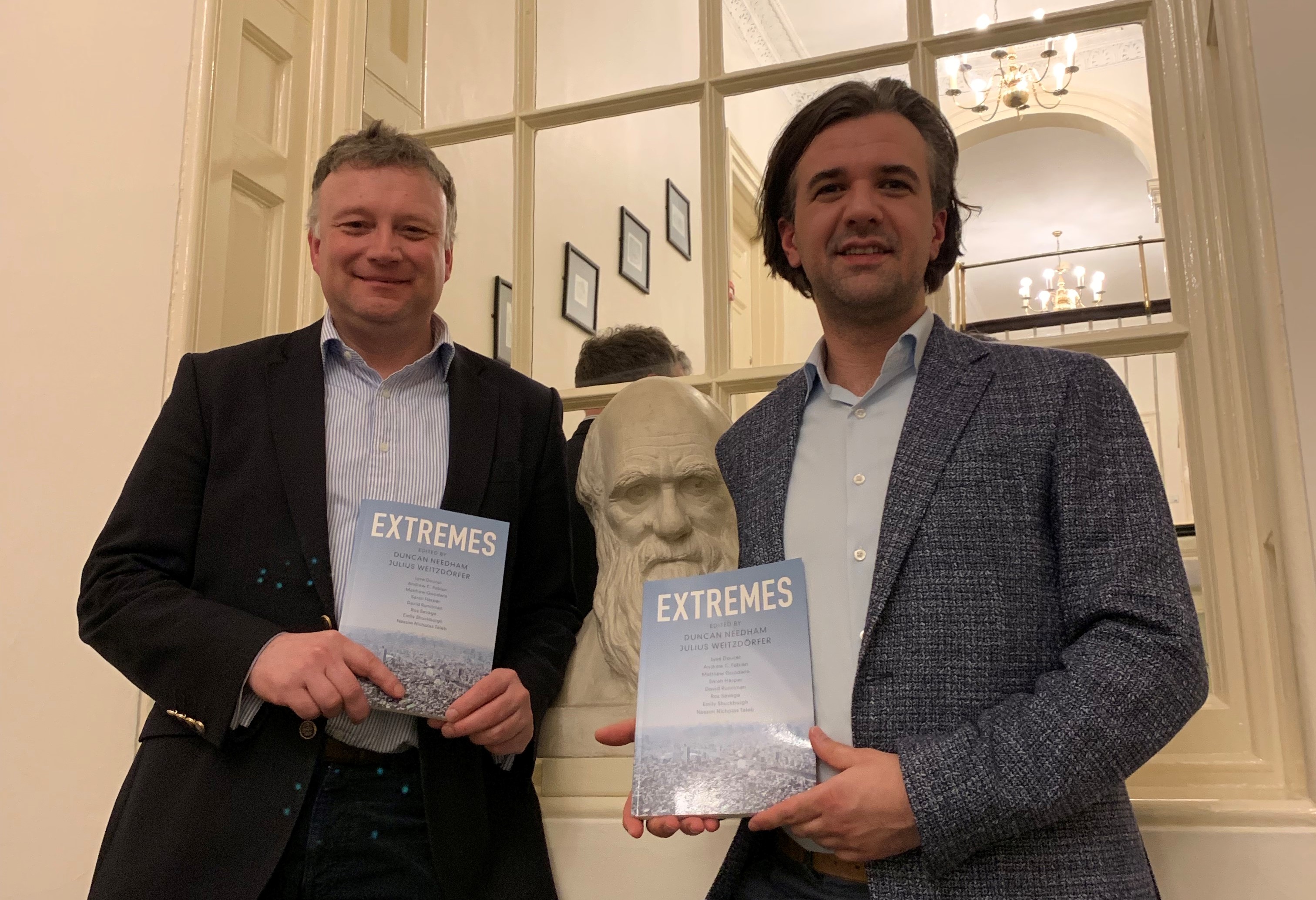 Yesterday was the book launch for CSER researcher Julius Weitzdörfer's new book 'Extremes'. This is based on the 2017 Darwin College Lectures, which he co-organised with Duncan Needham.

Humanity is confronted by and attracted to extremes. Extreme events shape our thinking, feeling, and actions; they echo in our politics, media, literature, and science. We often associate extremes with crises, disasters, and risks to be averted, yet extremes also have the potential to lead us towards new horizons. Featuring essays by leading intellectuals and public figures this volume explores 'extreme' events, from the election of President Trump, the rise of populism, and the Brexit referendum, to the 2008 financial crisis, the Syrian war, and climate change. It also celebrates 'extreme' achievements in the realms of health, exploration, and scientific discovery. A fascinating, engaging, and timely collection of essays by renowned scholars, journalists, and intellectuals, this volume challenges our understanding of what is normal and what is truly extreme, and sheds light on some of the issues facing humanity in the twenty-first century. 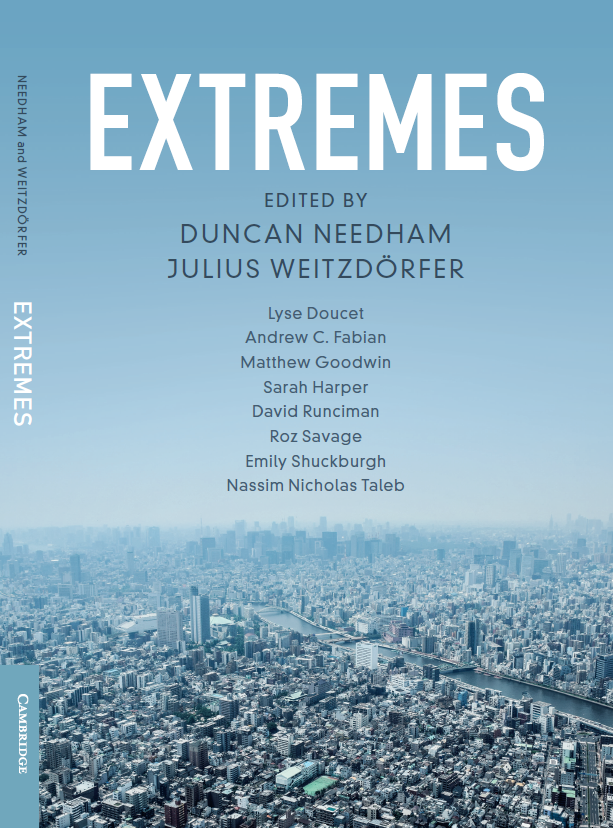