Luke (also known as ‘Dr Doom’) looks at the past (civilization collapses) and future (climate change and emerging technologies) to guide actions today. He is an honorary lecturer in environmental policy at the Australian National University (ANU), holds a PhD in international relations from the ANU and was previously a senior economist at Vivid Economics.

It all started in 2009 at the Copenhagen Climate Summit. I was there as part of a university student delegation and saw first-hand how the realpolitik of modern-day diplomacy could easily derail efforts to cancel the apocalypse. It was both depressing and galvanising.

I then went on to complete my PhD, where I tackled the question of how to make international agreements work without US participation. It has been a vexing dilemma for environmental agreements, most notably for the Kyoto Protocol and Convention on Biological Diversity.

During and post-PhD I worked as a lecturer in environmental policy and economics at the Australian National University (ANU). For one of my lectures I covered the topic of geoengineering. That is, deliberate, large-scale interventions in the Earth System to mitigate climate change, such as injecting coolants into the stratosphere. Researching into geoengineering became my gateway drug to existential risk. I realised that the world faces a Pokémon problem: you have to catch them all. Letting even one existential threat occur is one too many. We can’t just rely on nuclear disarmament, we also need to decarbonise, stabilise ecosystems and effectively regulate powerful emerging technologies.

I focus on understanding why societies collapse and what this could mean for our future.

What drew you to your research initially, and what parts do you find particularly interesting?

Foreseeing the unprecedented. My job in foresight at CSER presents a fundamental problem. We (fortunately) do not have a history of human extinction to rely on. We do have a track record of extinction for other hominids and species, but the threats we face are inherently different. The closest analogues we have to a future existential risk are the collapse of large, complex systems. These could be biological (mass extinction events) or social (historical societal collapse). This is what drew me to studying historical collapse, and the role of climate change in both human history and mass extinction events. The most intriguing thing about the field of existential risk is its breadth. For the intellectually curious, this makes it addictive, although sometimes still depressing.

For people who are just getting to grips with Existential Risk, do you have any recommendations for reading, people to follow or events to attend? etc. 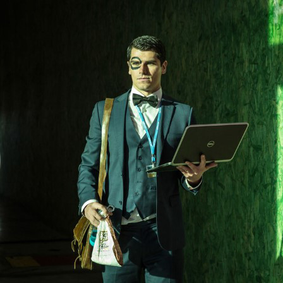 Some good introductions to the field include Phil Torres’ ‘Morality Foresight and Human Flourishing: An Introduction to Existential Risks’, Bryan Walsh’s ‘End Times: A Brief Guide to the End of the World’ and Toby Ord’s “The Precipice’. Read all of these with questioning eyes and a pinch of salt! The field is still in its infancy and we have a lot to improve on, including on basic concepts such as what constitutes an ‘existential risk’ and how to analyse them.

Specifically, for collapse, I can highly recommend Joseph Tainter’s ‘The Collapse of Complex Societies’ and Eric Cline’s ‘1177: The Year that Civilization Ended’.