‘Negative emissions technologies: a necessary step or a false hope?’ 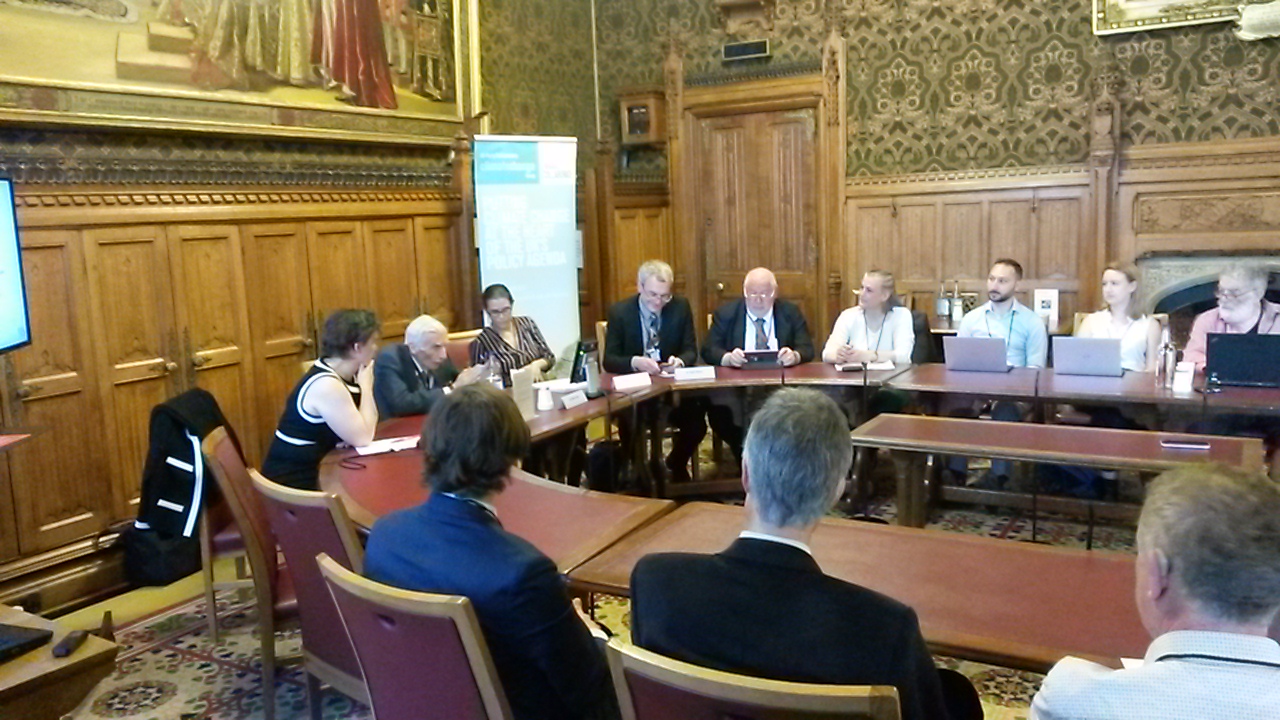 The meeting was chaired and introduced by professor Lord Martin Rees who referred to the recently released Committee on Climate Change (CCC) report (‘Net Zero – The UK’s contribution to stopping global warming’) which recommends the UK moving to net zero emissions by the 2050. This report makes clear that negative emissions technologies will have to form a part of the UK strategy, yet policy makers are not yet prepared for the challenge this will pose.

Dr Vaughan pointed out that some of these technologies are ready for deployment and have significant scope for upscaling. These include: forestation (planting trees or improving management of existing forest), habitat restoration (restoration high carbon content habitats such as wetlands or peatlands), soil carbon sequestration (improved land management practices that increase carbon storage in soil), building with biomass (using high carbon building materials) and low carbon concrete. However, these could only be expected to contribute around a quarter of the expected demand. In order to achieve desirable levels of carbon dioxide removal we must therefore rely on as yet unproven technologies. Of these, just two, Biomass Energy with Carbon Capture and Storage (BECCS) and Direct Air Carbon Capture and Storage (DACCS), are expected to provide over half of potential future negative emissions. BECCS involves burning biomass, such as waste crops, to produce energy and then capturing CO2 from flue gas for storage while DACCS involves the capture of CO2 directly from the air, requiring energy (unlike BECCS which should generate energy). Both technologies depend on the development of Carbon Capture and Storage (CCS). However, currently this is not being done at scale in the UK, although globally there are 18 CCS projects that are capturing over half a Megaton of CO2 per year

Two further technologies, Biochar (burning biogas in low oxygen environments, turning it to a charcoal that can be added to soil that keeps the carbon stored) and Enhanced terrestrial weathering (breaking down rocks, which react and store carbon before sinking in the sea) might also help to meet the demand for negative emissions. However, both present significant challenges if they are to be undertaken at scale and potentially carry negative environmental impacts of their own.

The next speaker was Charlotte Morgan, Chair of the UK Government’s Carbon Capture Use and Storage Cost Taskforce. She argued that the UK has some of the best geology in the world for storing carbon, and this sector has the potential to contribute to the UK economy. However, the Government has yet to make any formal commitment to pursue CCS – this will be needed to plug the anticipated decarbonisation gap.

The Carbon Capture Use and Storage Cost Taskforce have thus developed a geographical ‘cluster’ based model for the deployment of CCS in a way that will maximise its potential benefit to UK industry. Each cluster will be based in an area of high industrial activity and consist of a network of capture plants at relevant sites (power plants, BECCS, cement manufacturers and so on), served by centralised transportation and storage operations. So far they have identified 5 areas that are most suitable to develop a CCS cluster

This cluster model as laid out in a report from the group released in July 2018, and the Government is now looking to carry this model forward. A recent BEIS select committee report also recommended that the Government be supporting 3 clusters by 2025. Lots of companies are keen to invest in these projects and there is lots of momentum and engaged groups of policymakers. She thus argued that this was a clear next step for decabonising the UK economy.

He presented the results of survey work undertaken amongst 2000 members of the British public last year. While warning that many people are unfamiliar with negative emissions technology, he presented the following conclusions from this, which were backed up by similar research from others: