The first meeting of the “Managing Technological Risk” event series, held by the APPG for Future Generations, was on Tuesday June 5th in Portcullis House, Westminster and focused on Black Sky risks and infrastructure resilience. 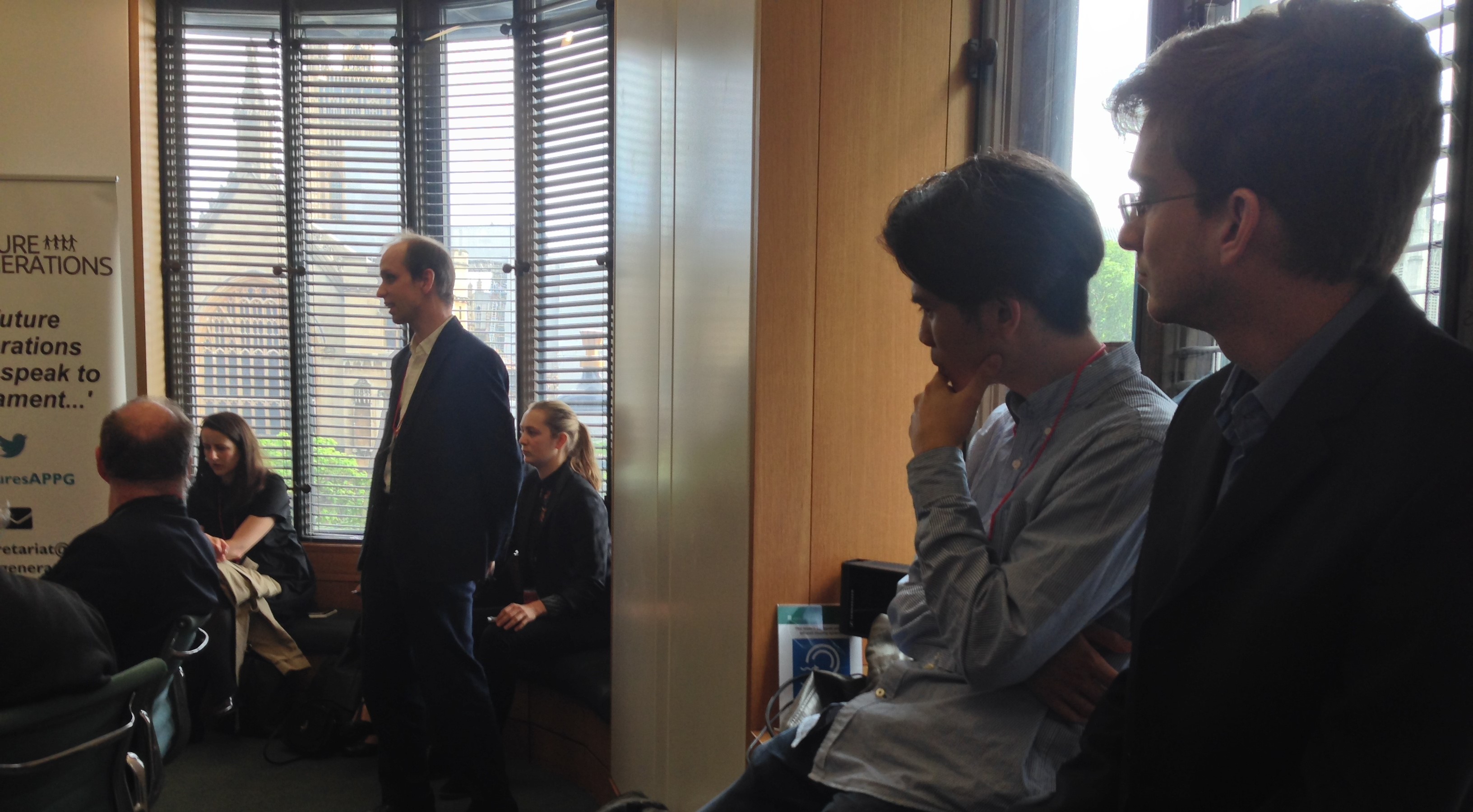 Simon Beard opened the event by explaining why infrastructure resilience was important for future generations. The probability that we will suffer some kind of catastrophic infrastructure failure in the long term is very high, despite the fact that such events are undoubtedly rare. It is easy to ignore such low probability high impact events, but in fact they happen, somewhere, all the time. Maybe an event like this will happen tomorrow, or maybe it will not happen for a generation or more, but we need to think about what we will do if and when it does happen. 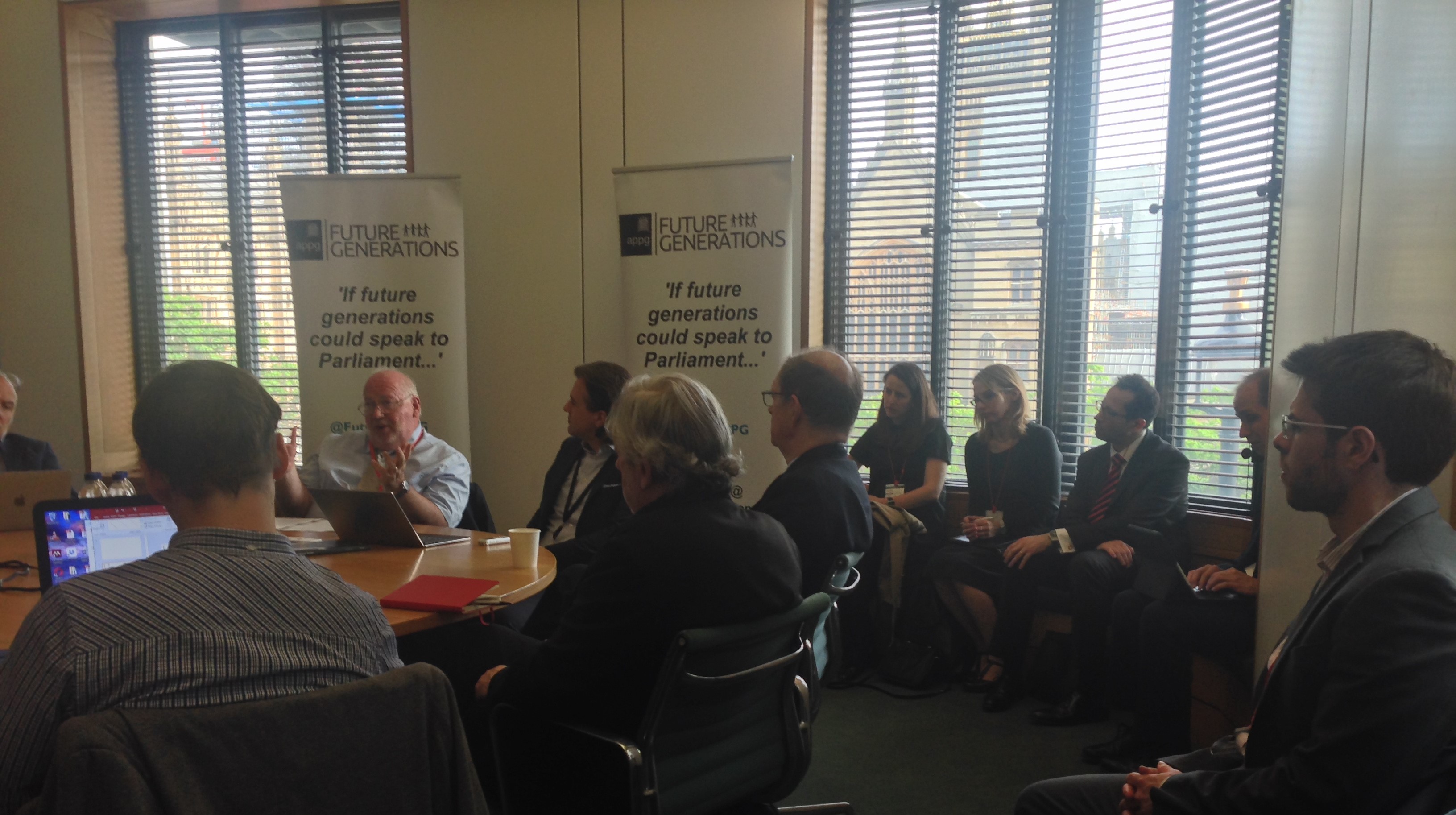 The main speaker for the evening was Lord Toby Harris, UK coordinator for the Electricity Infrastructure Resilience Council, which coordinates academic, government and industry efforts to build more resilient infrastructure. He argued that a prolonged, wide area, electricity outage (a Black Sky event) could strike at any time and he listed 6 main scenarios that could cause such an event:

After describing these scenarios Lord Harris went on to discuss what might happen following such an event. Some services would immediately stop working, for instance schools will close and this will also disrupt the lives of any key workers with childcare responsibility. Whilst hospitals have backup power available they still rely on other systems that don’t, such as water and transport, and carry out a lot of care in the community away from these supplies. Sewage systems rely on electric pumps that seldom have protected supplies, and if these fail then the system will solidify. Almost all modern telephones require electricity to operate whilst mobile phone masts have backup batteries that will only last for a matter of hours. Disruption to refrigeration will not only curtail ‘just in time’ food supplies, but also lead to a build-up of toxic food waste that is hard to dispose of and that will contribute to the spread of diseases. Many people believe that in such circumstances martial law will be declared to preserve social order, however our army is simply no longer big enough to secure the entire country.

He then considered why our infrastructure is not more resilient. He argued that much work has gone into increasing the efficiency of systems and reducing costs, but that this has come at the cost of reducing the level of redundancy and resilience. Yet, because the consequences are so potentially catastrophic, he concluded that we must ask more questions about how we could prevent, or at least respond, to these events. This is not just a requirement for politicians or society in general, he said, we all need to consider what we can do. The reality is that we are not resilient. People don’t want to imagine how they will cope without modern technologies, so we have to build in enough resilience to be able to meet these expectations, or people will not be able to cope.

Finally, Julius Weitzdörfer discussed the relationship between Black Sky events and global catastrophic risks, and argued that even relatively small blackouts often differ from truly catastrophic threats merely in terms of their scale, as both relate to the same key challenges:

Julius then suggested some concrete steps that UK academics and policy makers could take to mitigate the risks associated with Black Sky events:

These talks were followed by an extensive question and answer session.