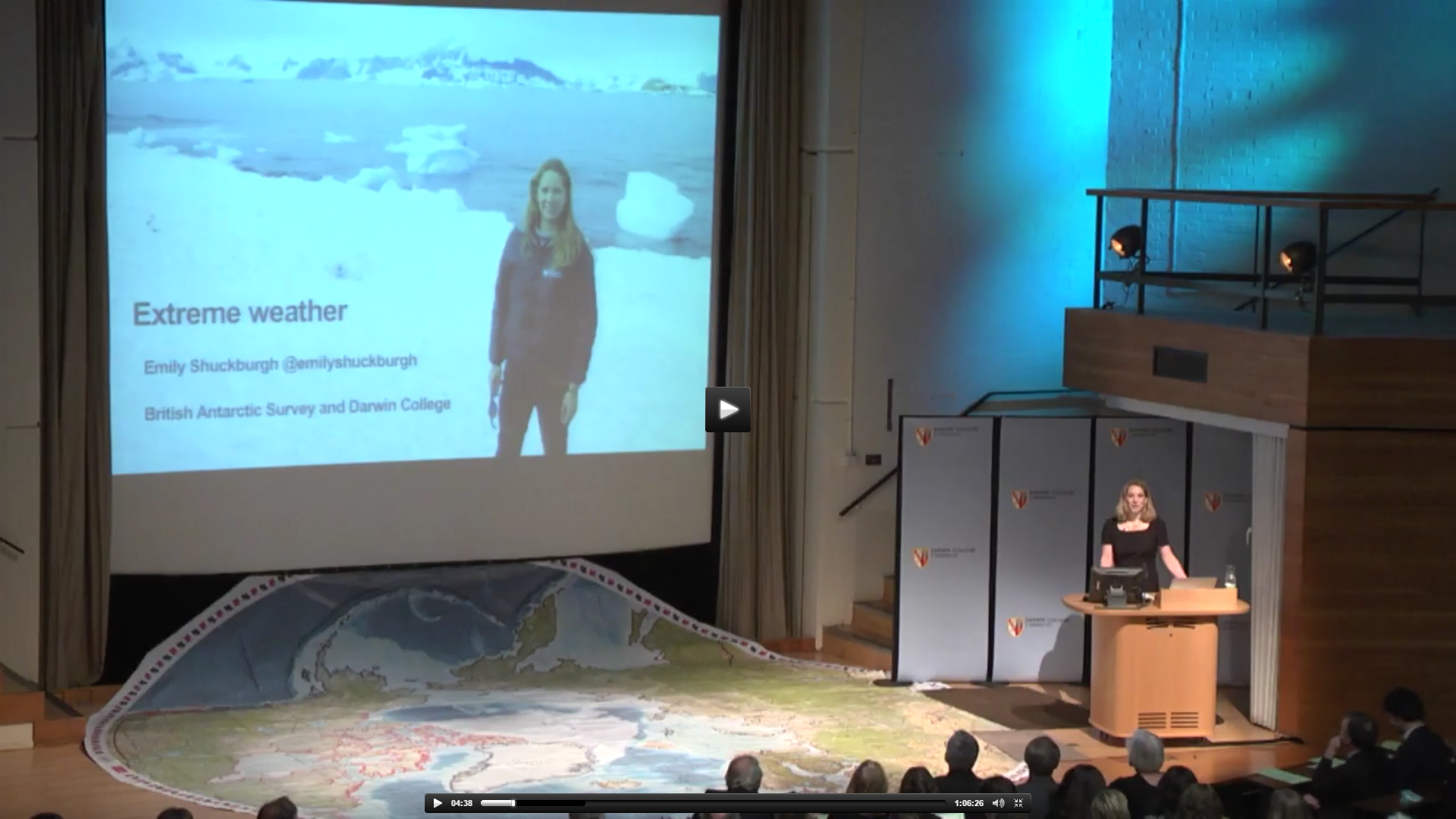 On Friday 20 January, Dr Emily Shuckburgh gave a talk on “Extreme Weather” as part of the popular Darwin Lecture Series, which this year is co-convened by CSER Research Associate Julius Weitzdoerfer. Dr Shuckburgh is a climate scientist and deputy head of the Polar Oceans Team at the British Antarctic Survey, which is focused on understanding the role of the polar oceans in the global climate system. The talk can be viewed on the Darwin College Lectures website.

The other lectures are:

Extreme Events and How to Live with Them – Professor Nassim Nicholas Taleb, New York.