Haydn works on the international security applications of emerging technologies, especially artificial intelligence.  He is also an Associate Fellow at the Leverhulme Centre for the Future of Intelligence.

He has a background in policy and politics, including as a Senior Parliamentary Researcher to a British Shadow Cabinet Minister, as a Policy Associate to the University of Oxford’s Global Priorities Project, and a degree in Philosophy, Politics and Economics from Oriel College, University of Oxford.

Back in 2003, my parents got me a book for Christmas. It had a black cover, with a strange infrared graphic and a daunting title: Our Final Century: Will the human race survive the twenty-first century?, by Martin Rees. (Martin now likes to joke that when it was released in the US, it got changed to “Our Final Hour”, and they dropped the question mark.) I was fascinated, but would never have thought that this was a field I could contribute to – or that 13 years later I would be working at a centre Martin founded. 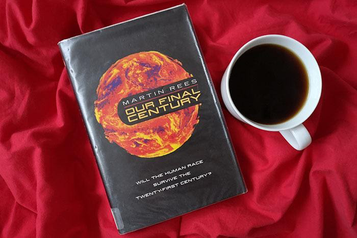 For my undergraduate degree, I studied Politics, Philosophy and Economics (PPE) at Oxford. During one of the summers, I got really into catastrophic risk again, reading lots of papers by Prof Nick Bostrom, and another book with a striking cover - Global Catastrophic Risks. 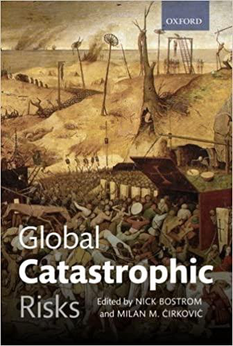 My first job after university, which I started on the final day of my last term, was working for the Centre for Effective Altruism (CEA), which advocates for using reason and evidence to work out how to help others as much as possible. When I started we were a little start-up, crammed into a basement under an estate agents office – we did team meetings in the yard outside. But when I left we were established - we had grown a lot, were in Oxford University offices, and I had contributed to influential reports like Unprecedented Technological Risks.

I then went to work in Parliament for a few different Labour MPs. I worked on several campaigns: the Scottish and EU referendums, the 2015 General Election and two leadership campaigns. All of them went pretty disastrously for Labour! I’m not sure I helped much, but I was lucky enough to work for and with some exceptional and dedicated people, and learnt a lot about politics and policy – including influencing Labour Party policies and contributing to our Manifesto. 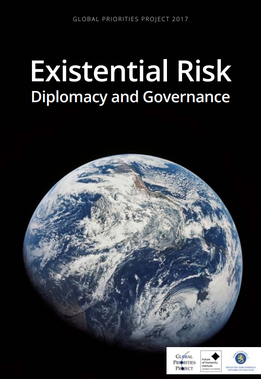 In 2016 I worked part-time for the Global Priorities Project at Oxford. I was one of the authors on a report on security implications of emerging technologies, commissioned by the Finnish Government – Existential Risk: Diplomacy and Governance.

Later in 2016 I saw that CSER was advertising for an Academic Project Manager. They wanted someone with policy, fundraising and research experience. By this point I’d been fascinated by extreme risks for 13 years, and thought I might be in a position to usefully contribute – so I applied, and was lucky enough that CSER hired me.

Saving the world of course!

It’s a fascinating field, and still relatively new, so big breakthroughs can be made. It’s also clearly one of the world’s most pressing problems – working on it can be impactful and make a real difference.

People often ask me “don’t you find it pessimistic or depressing?” However, existential risk researchers are (surprisingly?) quite an optimistic bunch. On one hand, it might be hard to do this job if you weren’t. But on the other hand, it’s not a lost cause. There are real risks to humanity, but we can do something about it: research, policy development and advocacy, and field-building.

Now is a crucial time for tackling global catastrophic risks: in the middle of a global pandemic, a climate emergency, and nuclear weapon modernisation, with powerful new technologies developing rapidly. While the probability of one of these risks in any one year is low, the overall risk we face is high. We must learn lessons from the COVID-19 pandemic and do more to understand and mitigate risks that could lead to human extinction or civilisational collapse.

The books I mentioned above (Our Final Century and Global Catastrophic Risks) are really great introductions and overviews, as is Toby Ord’s new book The Precipice. All of CSER’s papers and reports are on our Resources page.

Several existential risk researchers are on Twitter – including (after much persuading) @LordMartinRees and myself, if you’re interested in hearing more: @HaydnBelfield.