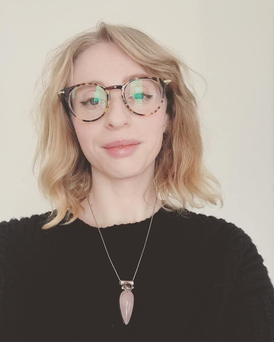 Lauren is part of the bio-risk focus area of CSER, covering topics as diverse as bioweapons to food security. Initially, she worked on how chronic diseases (including those that are communicable) can represent an understudied source of catastrophic risk, a topic that is even more important during COVID-19. She moved into studying how ecological collapse and climate change may represent this century’s defining existential threat, and how the challenges they pose may interact with society and new technology. She has a background in Zoology and a PhD in Sociobiology, as well as experience in translating scientific and philosophical concepts into art installations and interdisciplinary events. She has a passion for the art and science of communicating big ideas and is working on a speculative fiction novel exploring the field of existential risk. As a grant-holder with the V. Kann Rasmussen Foundation (VKRF), for the next two years she will be working on investigating and constructing ecological narratives.

I’ve had a fairly unusual path into existential risk, and although I’ve always had an interest in future studies and the philosophical questions it necessarily contains, I never thought I’d end up working in the social sciences and humanities. I’m really glad to have ended up in this field! I started with a genetics and evolutionary biology focussed undergraduate degree in Zoology at UCL, and completed a PhD at the University of Sussex on social insects, specifically Malaysian hover-wasps and ground-dwelling sweat bees. I was interested in their extremely social way of living, even though the females in these species usually co-operate as part of a group and help another related or unrelated female to breed, they retain the ability to breed alone and sometimes do so. I found that aspect of choice fascinating, as well as the implications of social living for concepts such as group selection or multi-level selection (which unit ─ or units ─ natural selection ‘sees’). I think there are a lot of universal principles of social organization, whether we’re thinking about insects or humans. I’ve also done a fair amount of long-term fieldwork in places as divergent as Nigeria and Israel, and having lived at remote field-sites and immersed in nature and different cultures I think is a strength when it comes to thinking about ecosystem collapse and how to avert it. After a few jobs post-PhD where I worked on the effects of light pollution then social behaviour of banded mongooses whilst branching out into sci-art and multi-disciplinary events, I felt ready for a change and CSER was seeking a biologist, so it was good timing.

My interest in multi-level selection helps me think about concepts such as Gaia theory (which in part sees the biosphere as the largest unit of selection and as an entity which maintains conditions suitable for complex life), and human group behaviour in relation to collective existential risks. Right now, I’m looking at another big-picture concept, the dark mirror to Gaia theory, the Medea hypothesis. It suggests that life as a rule could drive mass extinctions rather than helping to maintain stable conditions. This is evidenced by the many minor and major mass extinction events in life’s history and the rarity of life in the universe. Such concepts or metaphors are exactly the sort of framings or narratives that can be motivating around climate change and biodiversity loss, as they are grounded in science whilst appealing to our inclination for storytelling.

Currently, I’m using my convening skills and knowledge of ecology to help assemble a new ecological narrative, one specifically for the upcoming era of ecological instability and possible ecological breakdown. This was a result of working with my colleague Dr Bram Arnold on the recent Dasgupta Review on the economics of biodiversity, in which we used a new audio workshop methodology to ask theologians, philosophers and experts about the intrinsic value of biodiversity. One of the strongest emergent themes from the responses was that culture is an underutilized vehicle for change, and so my new project involves taking this forward in a constructive way.

What drew you to your research initially and what parts do you find particularly interesting?

I think that studying biology and specifically being interested in evolution reflected a yearning to understand the ‘more-than human’ and appreciate my own place within nature and deep time, as opposed to separate from it. Now I’m older I can also see that I definitely felt a desire to get lost in immersive field studies, as travel has always been a great love of mine. Understanding the way organisms and behaviour work materially was also a good grounding for other concepts, such as those more commonly found in philosophy and the humanities.

I find it particularly interesting to think about how biotechnology will interact with nature and genetics in the future, and how it is doing so already. Augmented or even artificial ecologies and edited human and animal genomes challenge the concept of self-organised beings and super-organisms (for example large colonies of animals) all the way up to ecosystems and the biosphere as a whole. I explored some of these ideas in an article for BBC Futures in 2019.

Once I’d established a passion for nature it was inevitable that I would want to preserve it, both for itself and because humanity’s flourishing is wholly dependent upon biological complexity and healthy ecosystems. Covid-19 is a clear example of what can happen when this relationship goes awry.

Although the topics we deal with as x-risk researchers are often by definition distressing, one of the benefits of working in existential risk is that it is an umbrella topic for all kinds of disciplines, from biology to politics to cosmology. Here, it’s actually an advantage to be a generalist and to take the widest and longest possible view, which I enjoy. I also really hope that my perspective can do some good of course!

Although Nick Bostrom has led the field in defining four categories of existential risk (initially called “Bangs”, “Crunches”, “Whimpers” and “Shrieks”) I often think more broadly about two categories: one that would wipe humanity out as a species, and one that might change us so radically that we have transformed into something wholly different (for an extreme example, willingly directing our evolution from carbon based to a silicon-based transhuman form). There’s also sort of an intermediate category whereby we might survive recognisably as humans, but the bounds of our life or mode of being have changed so dramatically that we have a very different quality of existence, which could be either good or bad or just new. I would suggest that a future where we achieve complete material independence or separation from nature, possibly involving the extinction of everything other than the human, would be terrible in a way that could be considered existential. Or, one where human freedom is drastically and permanently curtailed. I believe that capitalism in its current form presents an existential threat across multiple domains, and represents a challenge which we should be particularly concerned about.

COVID-19 has illuminated how fragile human health, and the systems we rely on, are in the face of a natural virus that could have been much deadlier. I think this exposes the vulnerability we have to more deadly viruses, which unfortunately are going to be more likely to jump species barriers as ecosystems are further broken down, and also to those that are bio-engineered.

One of the ways I got into thinking about existential risk was through speculative fiction and sci-fi. I strongly recommend Margaret Atwood’s MaddAddam trilogy as well as her classic The Handmaid’s Tale, and Brave New World and Island by Aldous Huxley, these cover some of the intermediate categories of existential risk. I also thought Jeff VanderMeer’s Southern Reach trilogy dealt with ideas of genetic transformation really well. I haven’t started listening to it yet but the Future’s podcast with Luke Robert Mason is likely to be a good introduction to the topics we often think about in existential risk, and I believe one of CSER’s founders Lord Martin Rees was featured recently.