Tom is a Research Associate at the Centre for the Study of Existential Risk. He also contributes to the projects at BioRISC at St Catherine's College. 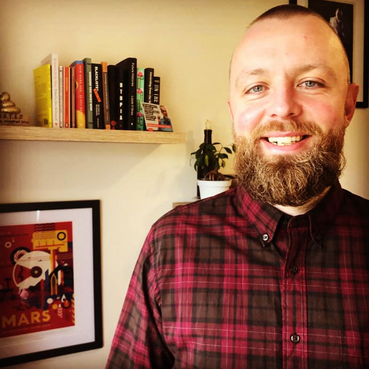 Tom’s research is broadly concerned with understanding how scientists, policy makers, and societies imagine the future,  the ways that existing technologies shape their visions of the future, and how they endeavour to secure a particular vision of the future through technology and innovation.

At CSER he is conducting research on how military & defense actors think about the potential uses of biological technologies for the future of warfare and national security. He’s also interested in studying how these compare and interact with different ideas in scientific communities of practice, and with safety and security governance in this field.

Tom also conducts research on the politics of existential risk. Here, he studies the importance of ideology, power and political economy in both driving certain types of existential risk and shaping the ways we attempt to understand and mitigate them.

It seems to be fairly standard in these introductions to say that your path to studying existential risk was a strange one - and yet, I find myself needing to do the same. (Perhaps it’s simply the case that there isn’t any not strange way to end up spending your working life thinking about the end of the world?)

I completed my undergraduate degree in Glasgow, where I studied the history and politics of Central and Eastern Europe. After graduating, I worked briefly, and rather unhappily,  in a corporate sales role, before moving on to teach English overseas and working in communications and fundraising in the charity sector.

I eventually returned to academia, and to the University of Glasgow, embarking on a part-time MSc in Global Security. It was during this time that I became fascinated with the ways technologies are always more than just tools or instruments and are instead embodiments of sociopolitical contexts and normative preferences. I wrote my dissertation on biopolitics and the rise of biometrics in warfare during the War of Terror.

I studied for my doctorate at the University of Bath. Based in the department of Politics, Languages and International Studies, my dissertation looks at the emerging technology programs in the US Third Offset Strategy. Using STS approaches, particularly Sheila Jasanoff’s sociotechnical imaginaries, my thesis asks how collective visions of the future of war, that are attainable through technology, are formed, sustained and extended within the DoD, and how these co-produce certain technological projects and innovation programs.

Outside of the academy, I’ve always been involved in political activism or organising of one form or another. I’ve also worked as a consultant on more practical biosecurity projects. In some ways, as strange as it might be, CSER was a relatively natural place to bring together my research interests.

I would probably say my expertise is split between two overlapping fields. On the one hand, I’m (relatively) knowledgeable about certain aspects of biosecurity, its challenges and the ways states and other communities seek to guide and govern it. On the other, I think my prior academic specialism is in studying the ways that influential actors, especially military & defense actors, try to secure particular goals (political, normative, ethical or geostrategic) through technology and innovation.

In terms of approach or discipline, my background is in International Relations and Science and Technology Studies. My work has always had a critical bent, and I’m far more interested in understanding the sociopolitical and technoscientific drivers of complex processes than in explaining how they may pan out. I bring these interests to bear on the realm of very big risks in a couple of ways, I think.

My research at CSER is split across a couple of strands. The first is concerned with understanding how different expert communities imagine the promises and dangers of emerging technology (especially biotechnology) in the coming decades. The second focuses on critically engaging with the politics of existential risk, both in terms of the political economy and power relations that may drive or exacerbate existential risks, and in terms of the politics of the academic discipline itself.

These broad projects overlap, frequently, and probably the overall focus of my work could be captured by saying I’m interested in understanding the interplay between technology, science and politics in shaping the future - and in trying to grapple with how we can ensure that future is one that is just, equitable and, ultimately, survivable.

My overriding motivation is the belief that many of the ways we presently organise our societies - both locally and globally - are actually quite incompatible with the long term survival of our species and our planet. I hope that my work at CSER can contribute, in at least a small way, towards changing this.

It’s very difficult to not feel pessimistic about the prospects of continuing (and accelerating) climate collapse and resource exhaustion. I think that the biggest challenges facing us right now are all likely to be directly resultant from, or corollaries of,  exploitative resource extraction and planetary degradation.
I think new technologies are likely to play a significant role in guiding the trajectory of life on earth in the coming decades, however I tend not to agree with many of the narratives we presently lean on - especially ideas of “disruptive technologies” and of radical technological transformation of society. My own worry is that advanced technologies, rather than disrupting present orders, are just as likely to reproduce, or even accelerate, many of the issues that are already endemic to the contexts that produce them: inequality, resource depletion and planetary destruction.

I think it’s important to bear in mind, as well,  that humanity isn’t one homogenous entity - and that the harms and benefits of our present social orders are distributed very unequally.

Existential risk is a fascinating field to research. The literature is still pretty nascent, so you’re likely to find parts of all of the existing key texts to be either very agreeable or very, very disagreeable, depending on your preferences and background. I’d encourage people interested in the field to engage with this work, anyway. There’s a lot to be gained from some of these “big picture” attempts to summarise the challenges facing humanity in the 21st Century.

My own recommendation would be to read Martin Rees’ Our Final Century as it provides a great overview of many of the challenges, as well as giving you a really good sense of some of the common sense of the field. It’s also a wonderfully written book that captures much of the wonder that underwrites research on the future of life.

For a history of the field, I highly rate this 2020 piece from Simon Beard and Phil Torres. If all this talk of the end of the world, and how hard it might be to prevent it, has you feeling rather depressed, I frequently return to Rebecca Solnit’s Hope in the Dark and her reflections that hope means “another world might be possible” but that it’s neither promised not guaranteed. 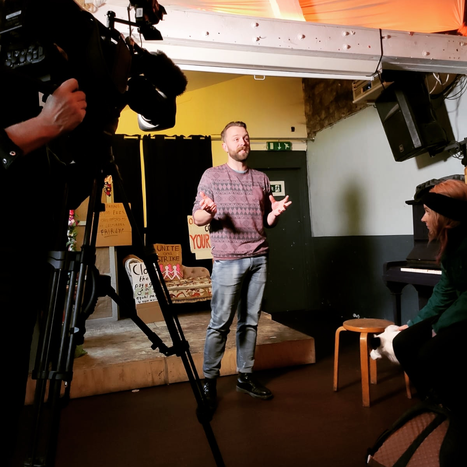