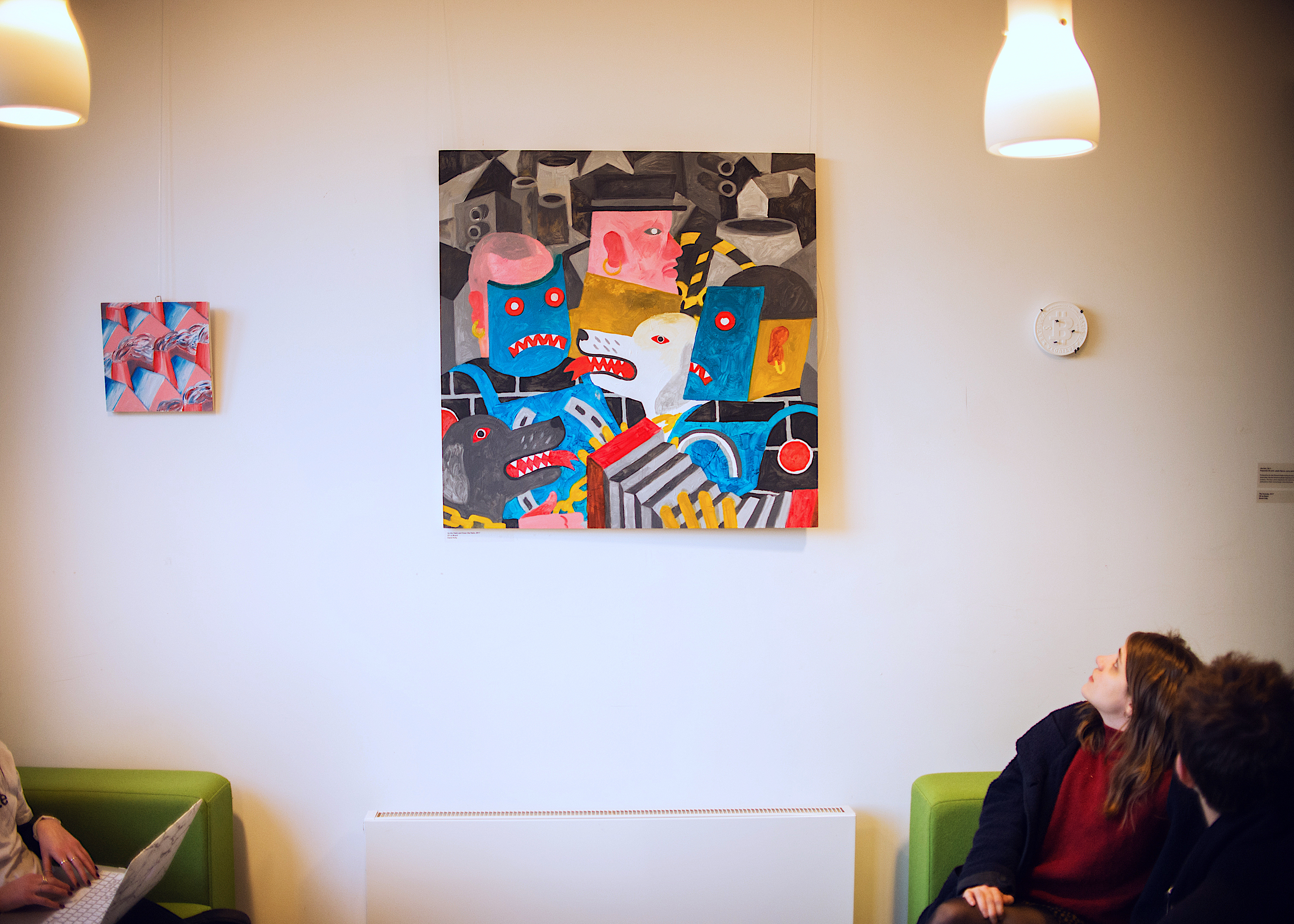 Exhibition Ground Zero Earth took place between 15th February and 22nd March 2019 curated by Yasmine Rix in collaboration with the Centre for the Study of Existential Risk (CSER). Bringing together five artists who question, provoke and explore our relationships with technology, our environments and how these relate to our humanity, Ground Zero Earth aimed to address what is at stake and ways in which we should be looking at the present and near future. 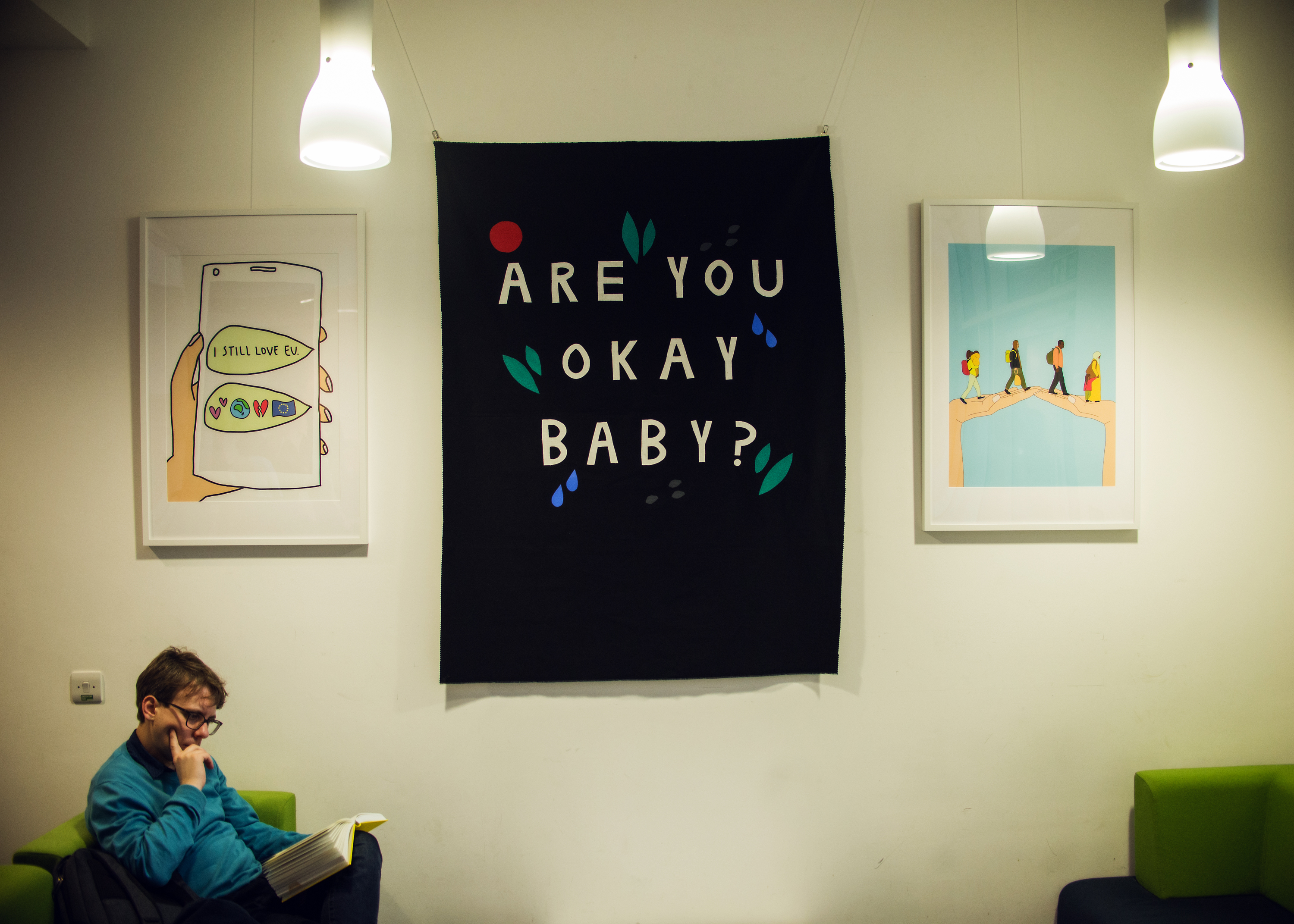 In a world of increasing technological power, and multiplying existential risks, art’s ability to help understand those relationships, and provoke dialogue about them, could turn out to be a critical component of our toolkit for survival. 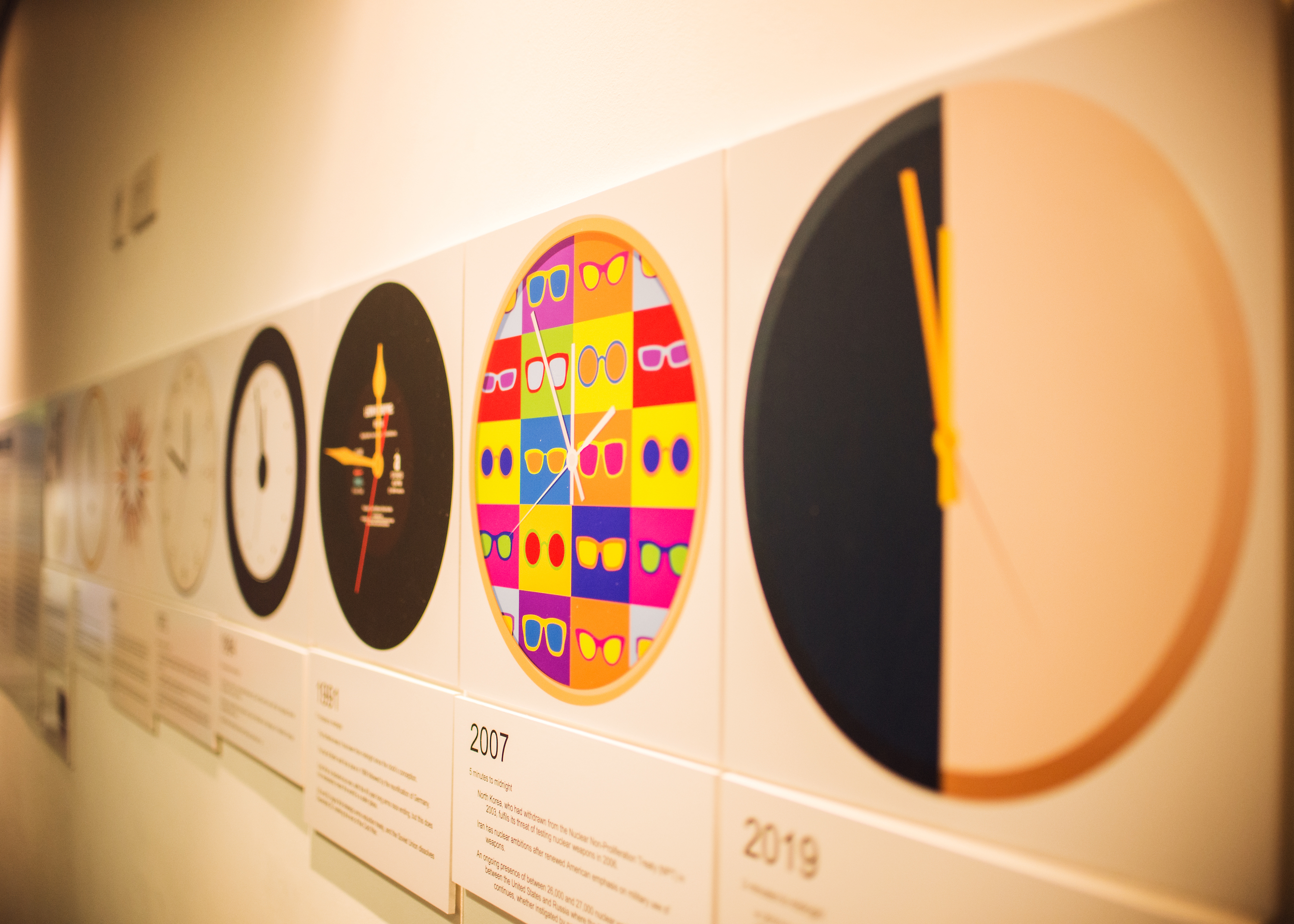 Taking place through the Art at ARB programme, the exhibition’s objective was to explore themes researched by CSER. Having emerged as a research centre within CRASSH, located at the Alison Richard Building, it was an apt space to host this exhibition which was one of the first of its kind for the research group. 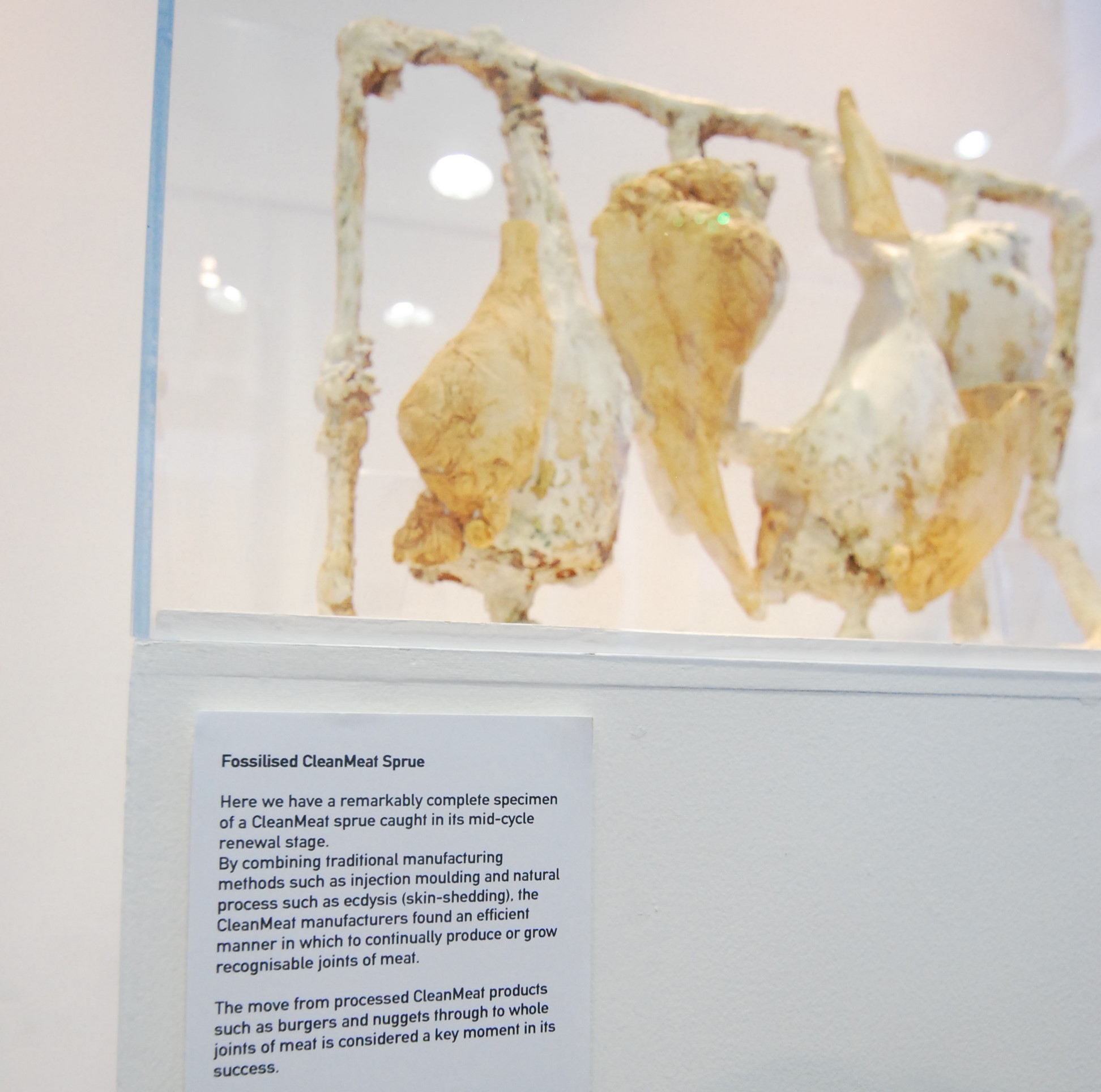 In conjunction with the exhibition a curator tour and film screening took place as part of the Cambridge Science Festival programme. ‘Rise of the Machines’ is a quartet of short films by Dr Beth Singler, made with the Faraday Institute for Science and Religion and the Leverhulme Centre for the Future of Intelligence, University of Cambridge, with support from ARM for Friend in the Machine and Good in the Machine. This screening coincided with a launch of the fourth instalment in the series, Ghost in the Machine, exploring what consciousness is and whether a machine could be truly conscious. In addition to the exhibition, Nick Bostrom, Professor of Philosophy and Founding Director of Future of Humanity Institute, University of Oxford loaned a painting titled ‘My Young Soul, Creation, Garden of Eden,’ 1989, accompanied by two poems. 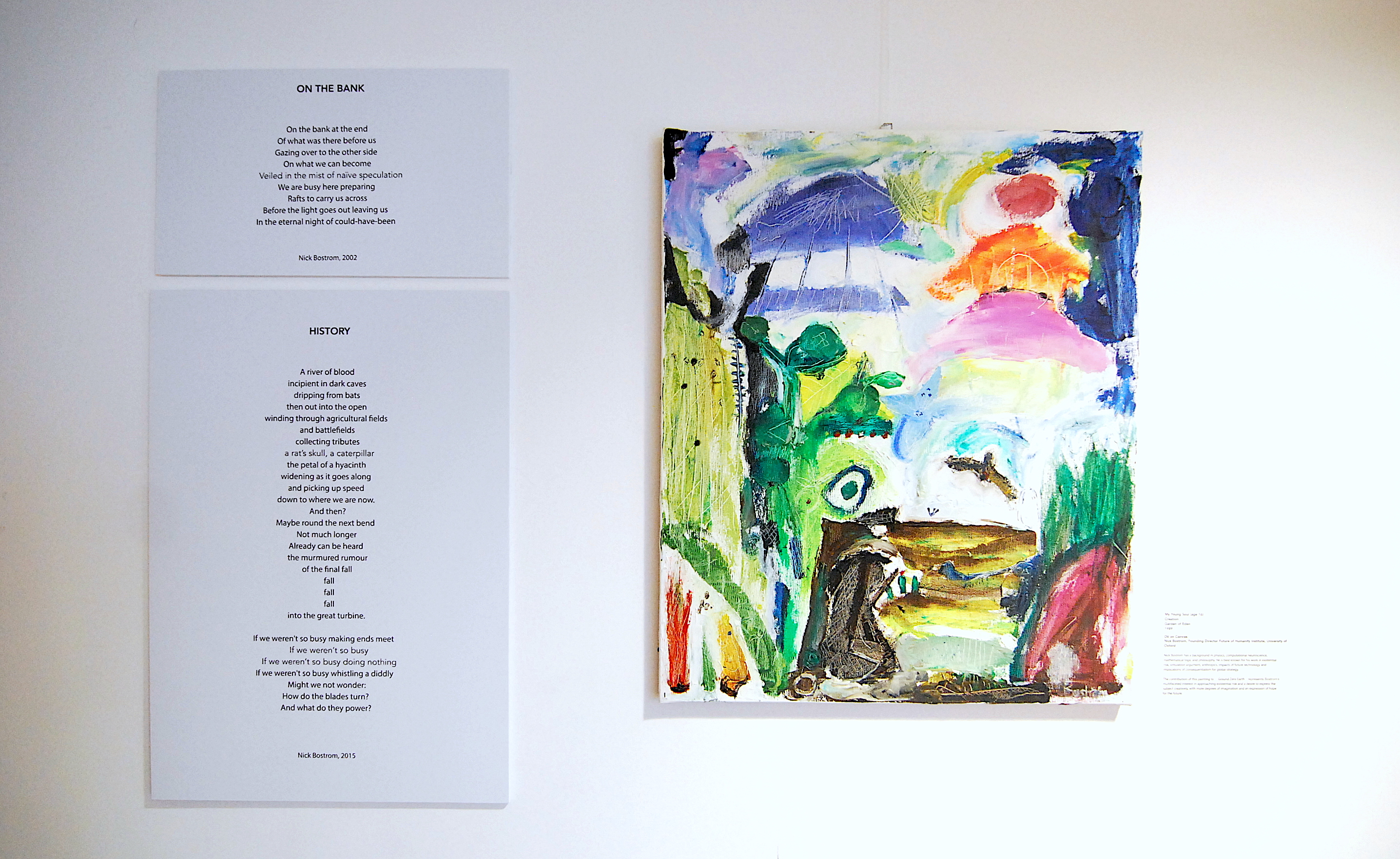 This exhibition was made possible through obtaining sponsorship and funding through Cambridge BID, Arts Council England and the Centre for the Study of Existential Risk. With the generous support of Arts Council England, the exhibition facilitated commissioned art works from three of the artists. Additional support was generously facilitated by Judith Weik at the Art at ARB programme and CRASSH. Thanks also to Dennis Amoah, Shelley Bolderson, Cubed Creative, and Van Haulin’. 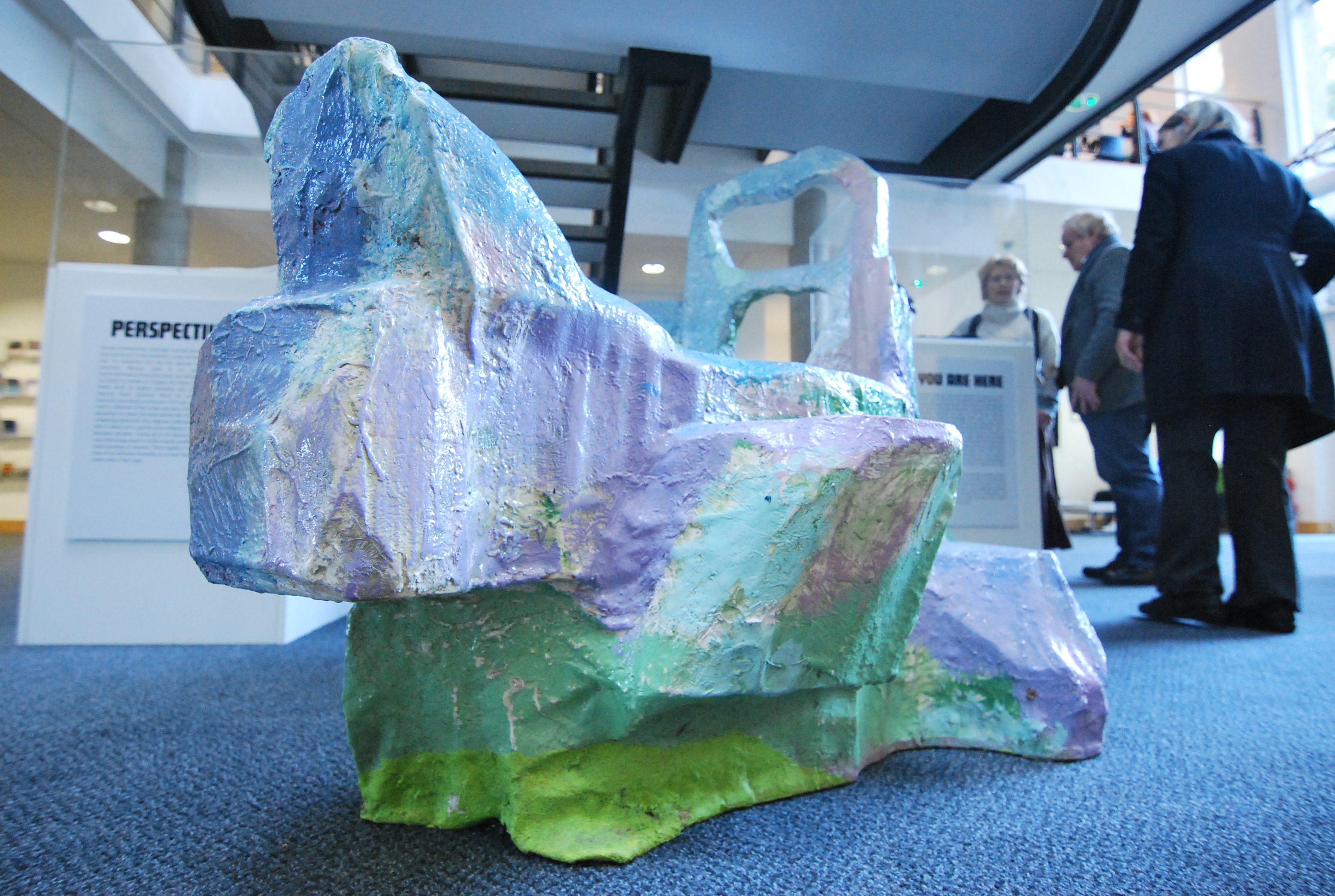