In CSER, Asaf leads the food security and global catastrophic risks project, and the AI for food 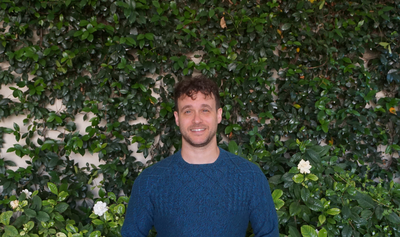 supply chains risk management project. He is also academic staff at the Cambridge Global Food Security Research Centre, an associate in the Centre for Global Knowledge Studies in Cambridge, a member of the Balliol College Society, Oxford, and a former Lord Weidenfeld Scholar in Oxford.

His work explores dependencies, distortions and risks in food systems and global agriculture. His research aims to better understand what hazards threaten global food security, what the consequences of these disruptions may be, and how we can work to mitigate these vulnerabilities; paying particular attention to emerging technologies.

My path to CSER meandered through the scholarship and practice of Sustainability Science, an emerging discipline that coincides neatly with several of CSER's areas of focus.

Academically, I attended the School of Environment in the University of Oxford, participated in the Weidenfeld Fellowship Program, in Balliol College Oxford, and went on to earn a doctorate in the Faculty of Engineering Sciences, University College London (UCL), with a stint in Columbia University in the City of New York.

Professionally, I led science, technology and policy projects, in developed and under-developed regions. First in the private sector, with some of the brightest global clean-tech talents, and later in the public sector, where I spent several years in strategy making and management, overseeing environmental science and technology programs of $500 million.

But to benefit from a more systematic, holistic perspective, I sought to join CSER, where my current projects span global catastrophic risks (GCRs) that undermine food systems and thereby universal food security, as well the hazards provoked by irresponsible use of emerging technologies such as AI, including in global agriculture.

I'm particularly excited about our work exploring the potential of future foods, such as micro-algae, macro-algae, mealworm beetles, and mycoprotein, and their state-of-the-art, enclosed and modular cultivation systems, as a pathway to mitigate famine and all forms of malnutrition.

What drew you to your research initially and what parts do you find particularly interesting?

Conducting fieldwork in fragile states that suffered prevalent violence and civil wars, natural disasters and widespread malnutrition, and catastrophic loss of natural capital assets, I was most fascinated about societies' capacity for self-destructive behaviors, and the emergence of self-consuming dynamics, such as the degradation of life-supporting ecosystems for short-term profits.

Bringing system thinking to bear on these processes in the context of global food security, enables us to better explore perilous dependencies, distortions and risks in food systems, and propose novel – and radical – interventions to mitigate a few of these catastrophic risks.

Studying innovative interventions and technological fixes is fascinating, such as future foods for food, feed and medicinal uses, autonomous and intelligent machines to monitor and help manage critical systems, and smart and resilient urban design, among others.

My work in this domain is mainly motivated by the global burden of famine and types of undernutrition. These rampant catastrophes affect the lives of some 2 billion individuals, including some 700 million people undernourished and over 300 million children under five years of age suffering macro- and micro-nutrient deficiencies today.

As far as current global catastrophic risks are considered, this one, together with climate change and the mass extinction of species (all locked in vicious circles), is the most prevalent, persistent and melancholic.

Contemporary society has painted itself into a corner.

In the perpetual pursuit of food security for an expanding global population, humanity has instituted a vastly sophisticated system of agriculture, globally-intertwined and ever-expanding, and one disproportionately organized around high-yielding, high-calorie crop varieties that require little attention and are relatively easy to harvest and handle.

The growth of an agricultural super-structure dedicated to merely a handful of staple crops (e.g., wheat, maize corn, rice) and the internationalization of trade has led to society’s dependence on a limited number of traditional crops, conventional cropping systems, crop-exporting countries, and commodity trading routes, becoming decisive and hazardous.

The expansion of conventional agriculture has also resulted in deforestation of extraordinary proportions, loss of biodiversity, and the exhaustion of fisheries and emissions of greenhouse gasses and global warming, These, in turn, are now undermining the very system that provoked them, and with it our future wellbeing.

In other words, society has maneuvered itself into a progress trap.

Traditional farming and fishing activities must now expand and intensify further, in order to meet the nutritional requirements of over 7.5 billion people. Yet the intensification of farming and fishing is poised to accelerate climate change, over-exploit the planet’s scarce resources, and saw off the branch civilization sits on.

Surely, we will devise and deploy novel techniques and technologies to avert these risks, such as intelligent machines in agriculture and in agri-food supply chains, bioengineering, and climate engineering, but if we disseminate these hastily, and irresponsibly, we should expect more unintended consequences to emerge.

I see tremendous potential in future foods systems to depart from the current structure: and we discuss these in a series of upcoming papers and articles.

And you could also read two of our papers on artificial intelligence (AI), crises and risks, and on risks to food security and a pathway to attain a global risk-resilient diet.

Artificial intelligence in a crisis needs ethics with urgency, in Nature MI.